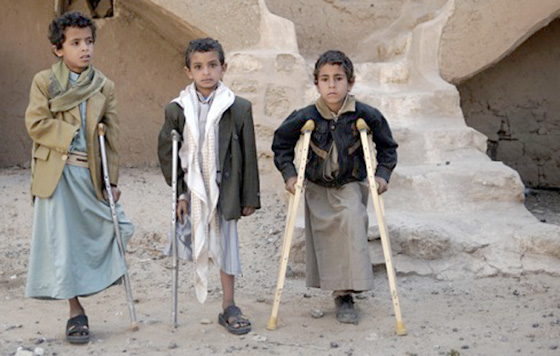 No food, no medical aid and medicines allowed to enter Yemen thanks to the Saudi-led land-air-sea siege on Yemen. A siege which has entered its second year, just like the war.
What was meant to be a brief military campaign carried out mainly by airstrikes, has turnt into a catastrophe which is paving the way to a genocide.

Yemeni children wonder what have they done wrong to the King of Saudi Arabia and how they, just children, can pose a threat to the Kingdom´s security.
Many children have starved to death, 320.000 are food insecure and malnourished and many children have already died of illnesses. Hard to get any more horrific than this in a country where, since memorable times, 58% of the population lives with less than 2$ per day.
Yemen is rich in culture, history, scenery, landscapes, traditions but when it comes to money, the vast majority of its inhabitants barely reach the end of the day while next meal remains uncertain.

According to the synthesis of the latest UNICEF´s report on the impact of the war on Yemeni children on NPR´s The Deadly Consequences To Children Of Yemen’s War :

At least 6 is the number of children killed or maimed daily.
934 the number of children killed during the past year as a result of “grave violations.” One thousand three hundred fifty-six were injured.
10,000 approximate number of children under five years old who died over the past year “from preventable diseases as a result of the decline in key health services such as immunization against vaccine preventable diseases and the treatment of diarrhoea and pneumonia.”
848 U.N. documented cases of child recruitment for the fighting.
51 U.N.documented cases of attacks on education facilities.
At least 6 million children living in poverty
320,000 children facing severe malnutrition
10.2 million  children at risk of “going without safe drinking water and sanitation.”
More than 1.8 million number of children “forced out of school” because of the violence.
1,600 schools that are closed because of the fighting.

To keep on bombing and wage war on the country, with this reality on the ground, implies a will to destroy Yemen. Thoroughly.
Yemenis may be strong and resilient. They accept anything as everything is a will of God, but the country collapsed immediately during the first month of bombardments.
Numbers and statistics are appalling. 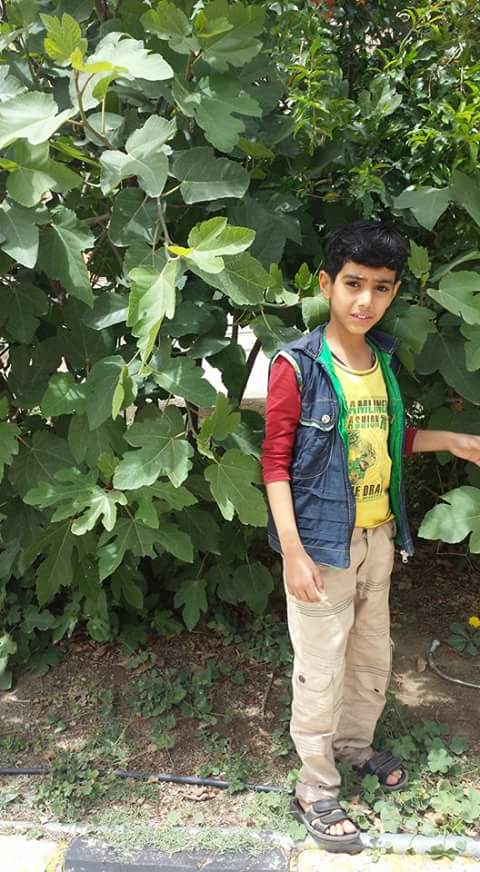 In Sanaá, the story of  Ahmed is just emblematic of the situation inside Yemen.
He is thirteen years old. He has experienced, already, being under thousands of bombs since the war on his country erupted. He has experienced enough fear, sadness and desperation since March 26 of last year.
But Ahmed is not like any other kid. He has hepatitis and no medicine in sight. Ahmed has grown fast and accepts his fate. There are no medicines in the few operating and still standing hospitals in Yemen (95% of hospitals have either been bombed or had to shut down due to lack of gasoline, water and medicines) and clock is ticking against him.
Absurd as it seems, there is no way of helping him.
Most likely Ahmed will leave us and the world will never know that there was a kid called Ahmed, Yemeni, and had dreams like any other kid and that our silence against this genocide inflicted on the Yemeni population helped him on his last journey.
Someone will have to explain all this to his parents.
Ahmed, on the contrary, accepts his fate. The afterlife cannot be worse than this last year. 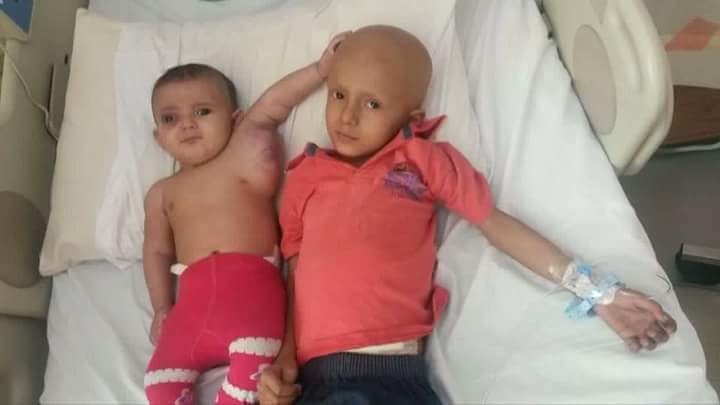 Abdullah and Ali Qassim are two Yemeni brothers, both with cancer.
Luckily, they managed to leave Yemen and are currently being treated in Jordan.
Today, Friday, the first Friday of the month of Rajab which marks the anniversary of Yemenis entering Islam, some  called on the nation to pray for them.
Abdullah and Ali are fighting a double battle: beat the cancer and, once they return to Yemen, survive the war.
They accept whatever comes and never complain.

And then there is Ammal Awaddh. Her words would break any soul.
Take a deep breath, read and look at those eyes.
You may cry, afterwards

‘My father bought me these new earrings for Eid.
I convinced him to let me wear them today because no one knows if I will still be alive when Eid comes’
(Ammal Awaddh, 5 years old) 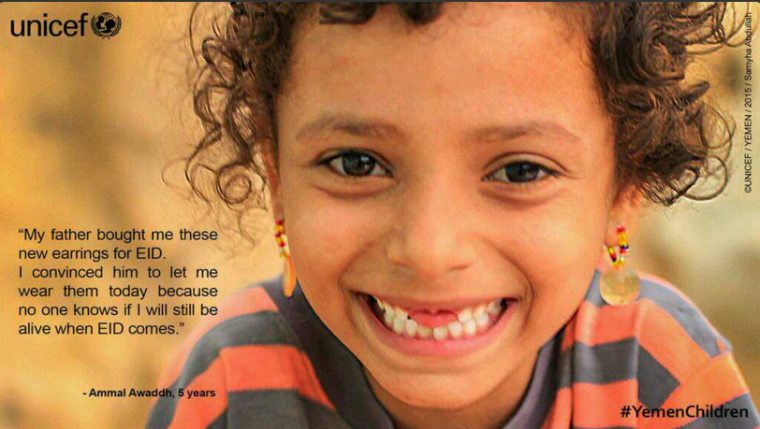